If you visit Hawaii, Oahu is your first port of call. Most people spend at least one night on this island before moving onto Maui or wherever else they’re heading and they most probably head straight to the tourist hot spot of Waikiki.

But Oahu has so much more than the lovely beaches of Waikiki!

It also has the lovely beaches of the North Shore, Leeward side and Windward side! :P. JK but not really jk… 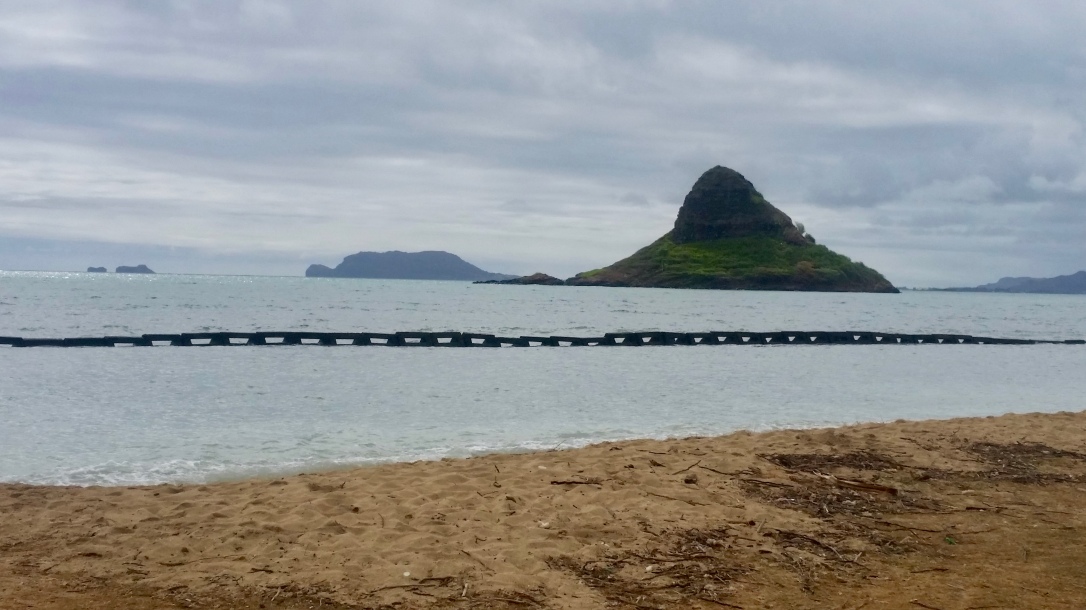 There are not hundreds, but many, excursions that you can take around the island of Oahu (snorkelling tours, boat trips, beach visits and luaus etc) and almost all of them offer transportation from your Waikiki hotel. Not so great for us now that we’ve moved to Kailua, but we at least made use of it once during our stay.

I was scouring Groupon for a good deal on a snorkel combo trip and came across this tour of the island (never pay full price in Oahu! There are vouchers and offers everywhere you look!). I figured this tour would be a good way to get a taste of the rest of the island and also I really wanted to see sea turtles!

Our tour bus picked us up outside a nearby hotel at 6.30am. Yes, this is pretty freakin early for when you’re on holiday, but we were so jet lagged from New York that we were waking up at around that time naturally anyway! If the time still scares you, maybe you’ll be more tempted by the iced coffee and fresh donuts that you’re offered once on board. Nothing like a caffeine and sugar hit to wake you up in the morning! 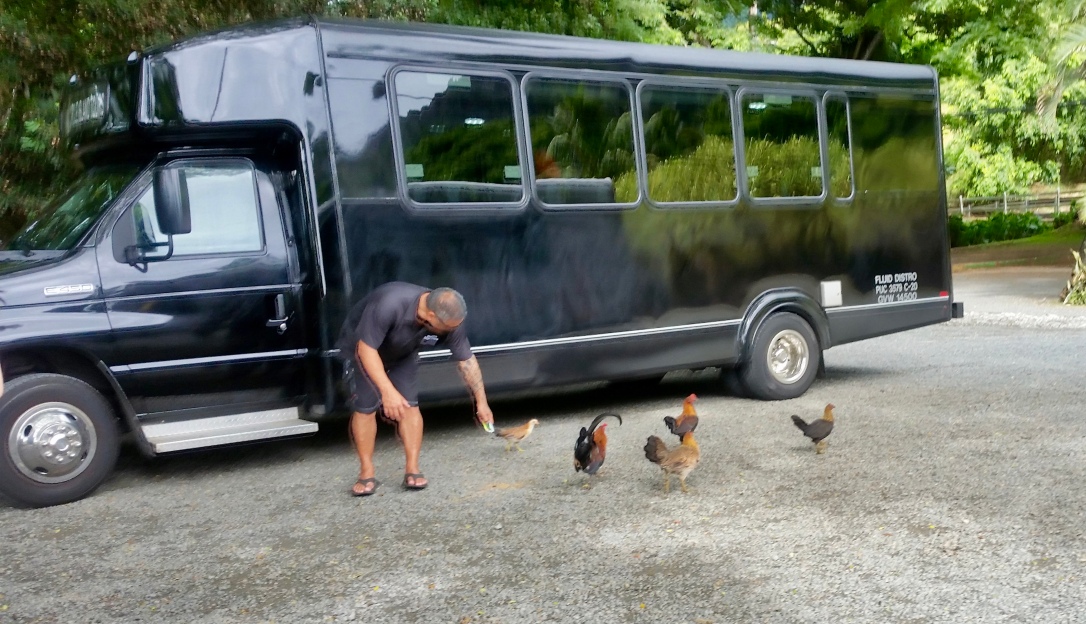 Most of the stops on this tour are just photo opportunities and gift shop stops! The bus stops off at a few view points along the west coast. They’re just long enough for you to take a few photos and then you jump back on. Unfortunately, we didn’t get to see the blow hole at Hanauma Bay as it’s closed on Tuesdays :(.

The ‘main attractions’ of this tour are the Macadamia nut farm, shrimp shack,the Dole Plantation and snorkelling.

First up is the mac nuts. This is basically just gift shop! It’s not bad at all though – you do get to help yourself to free macadamia nut coffee and you can eat your fill of mac nuts from the flavoured sample bowls or the raw nuts in their shells. They even teach you how to crack open a shell the traditional which is kinda fun! 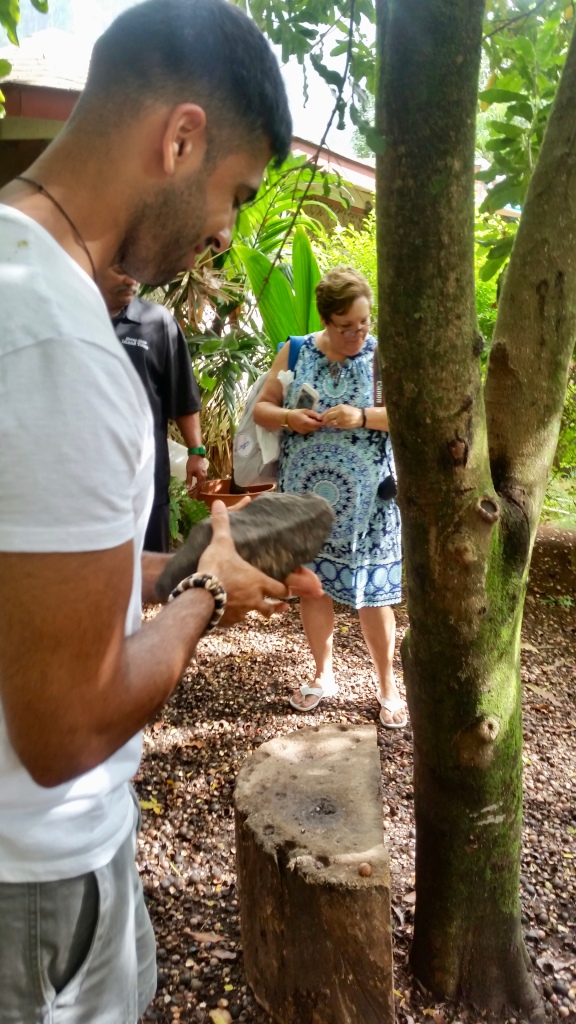 Next up, the shrimp shack – the driver passes round a menu for you to pre order before you get to this shack. It’s not very clear but this meal is not included in the price and you will need cash to pay for it when you get there. It is good shrimp though, inexpensive and it’s farmed fresh right next to the little restaurant. Of course, it would have tasted even better if the driver hadn’t pointed out ‘the best place to get garlic shrimp on the island’ as we drove past another shack on our way to lunch :P.

After lunch, you head to the north shore for some snorkelling and turtle spotting. The beach here isn’t especially beautiful. The sand is gritty and the water was a bit murky the day we went. But after about an hour of swimming back and forth we finally saw a huuuge turtle! I’m sure there are better beaches to see turtles at – and clearer waters, but it didn’t matter. When the weather is so hot outside, it’s fun just to be swimming around in the water even if you don’t see anything.

Snorkelling equipment is included in the price and there area showers and changing rooms to use before and after your swim.

Finally, the dole plantation. We literally had 40 minutes to spend here. Apparently the plantation is home to the largest maze in the world – but it takes at least 45 minutes… So yeah, we spent the time wandering around the gift shop and eating dole whip ice cream. Another gift shop stop. It’s a shame but I did get to see pineapples growing so that’s kinda cool I guess.

Now, this review sounds kinda pessimistic but I actually had a really good time. Our tour group was made up of couples around our own age so conversation flowed well and our driver had good stories and facts about the island to keep us entertained for the drive. It was a great way to get a taste of the rest of the island but I can totally see why some people would find it a waste of money if they weren’t so lucky with their group. 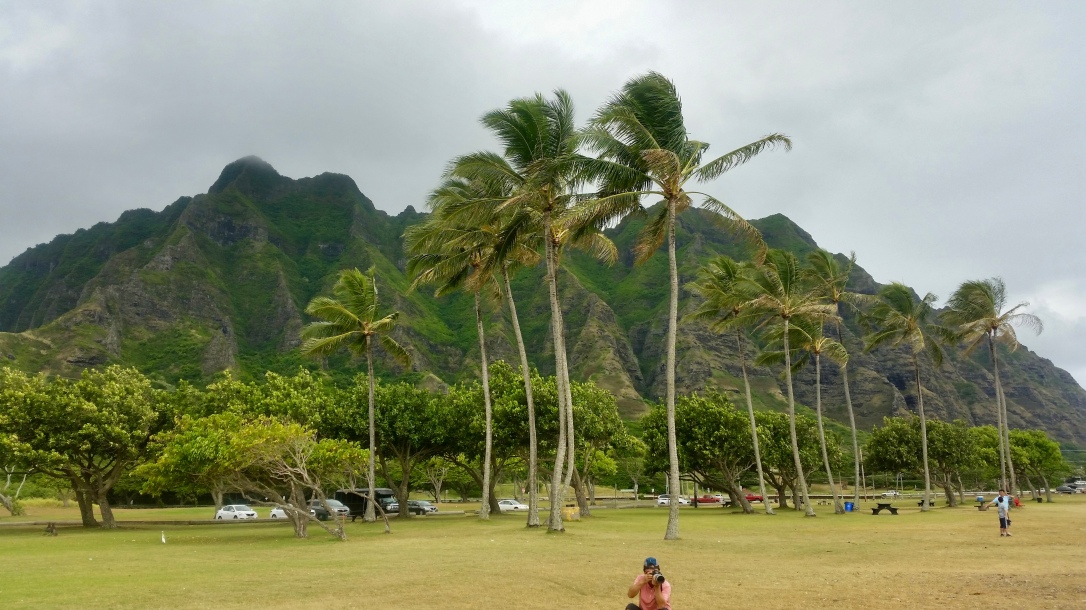 Would I take the tour again? No. But I would recommend it to people who have one day on Oahu and just want to have a quick tour of the island.

If you’re going to hire a car then I would suggest you just do the same trip by yourself and actually spend as much time as you want in each location. Of course, you won’t get the experience of having a tour guide, but you can speaking to as many locals as you like for free ;).

View all posts by fulltimehoneymooner

Welcome to my my site!

Tennis with a view! Mountains to one side, sea view to the other 😍 . . . . #tennis #turkey #fallvacation #views #sea #sun #flowers #wanderlust #beautiful #bodrum #torba #rixosmoments
Greek sunsets in Crete ❤ . . . #crete #greece #sunset #infinitypool #pool #beautiful #babymoon #sea #love #colours
On our way to the airport to head back home but managed to squeeze in a visit to the bridge before we left! . . . #sanfrancisco #honeymoonover #goldengatebridge #ggb #bridge #architecture #sanfran #tourist #bay #travel #views
Warming up in San Francisco with tomato soup in a sourdough bread bowl and a hot chocolate with whipped cream! Completely forgot that autumn temperatures had hit the rest of the world. So not prepared to be cold after the perfect weather in Hawaii :(. . . . #sourdough #sanfrancisco #hotchocolate #comfortfood #warmmeup #fall #autumn #food #yum #tasty #bread #highcarb #dontcare
"Take a photo of this and post it on instagram!" - Mr H. Trying to avoid the sand while we read on the beach and catch our final glimpse of the ocean before we fly out tonight :(. Going to miss Hawaii and the perfect weather! . . . #hawaii #kailuabeach #ocean #sun #husbandsofinstagram #husband #reading #books #outdoors #lastday #oahu #relax
Crystal clear water - perfect for snorkelling at Hanauma Bay. There are so many different fish and sea creatures to spot! Such a shame to see a lot of people walking and standing on the coral even though you are told about the damage it causes when you enter the park :( . . . #snorkeling #hanaumabay #oahu #hawaii #honolulu #hawaii #beach #clearwater #sea #fish #palmtrees #sand #sealife #sun #wildlife #nature #conservation #coral