Ok, so this isn’t exactly my first impression of the USA, but it’s the first time I’ve had to look at New York as a home and it’s also Mr H’s first time spending so long in the country! I know this post is long overdue but…I’ve been busy settling into life in New York, ok!? 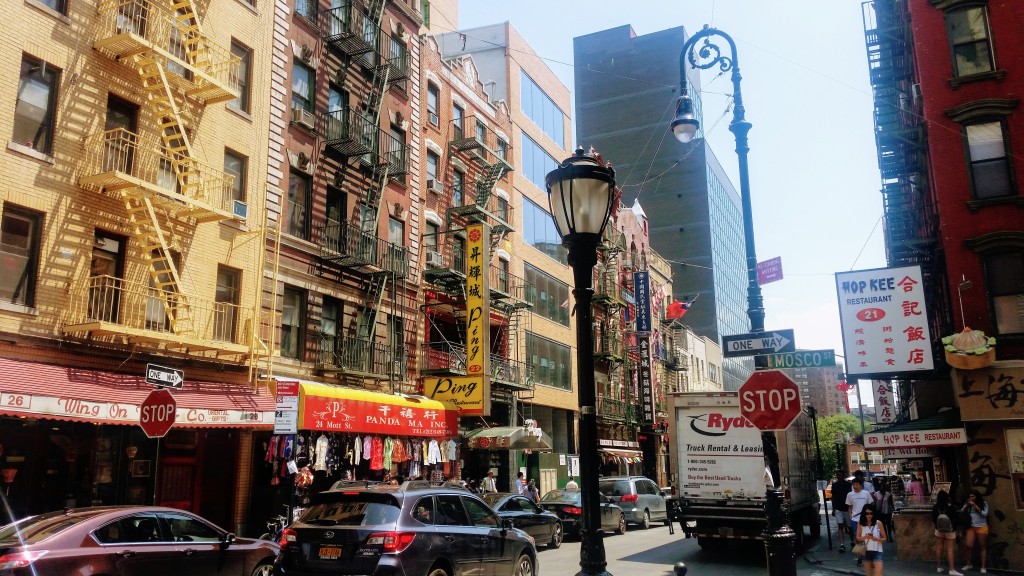 To be honest, moving into Chinatown in the middle of the night didn’t give a great first impression to either of us! At night, the street is dark, dirty and kinda smells a bit! We dumped our bags and walked over to the more inviting lights of Little Italy around the corner. Here, the vibe changed instantly! It was buzzing with tourists looking for a good meal and with the charismatic Italian restaurant owners trying to get you into their door. I actually counted 4 white limousines just hanging around on the street. I felt like I was in a mafia movie – it was great! Not to mention the meal we had was actually the best Italian meal we’ve ever eaten! I’ve been told that Little Italy isn’t even the place to go for good Italian food in NYC, and maybe it was just the hunger after a long journey or maybe I’d just got swept up in the whole buzz of the place, but it was good! 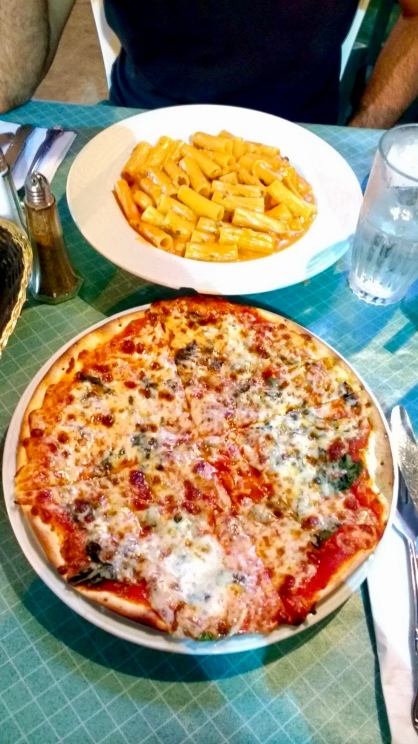 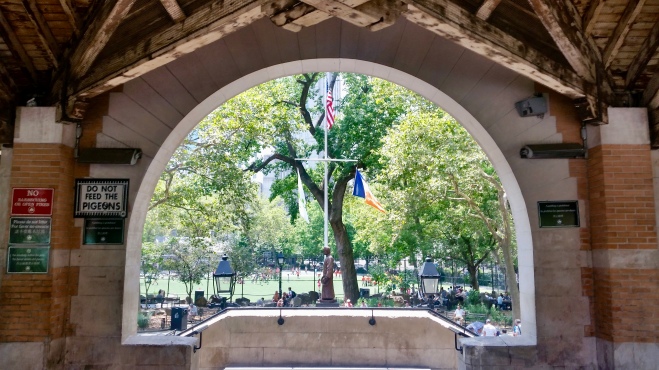 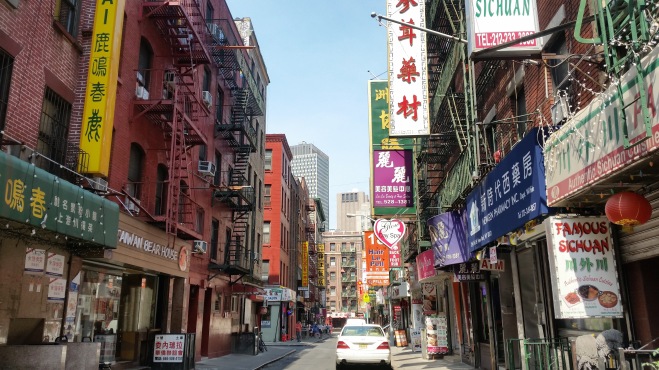 After the disappointment of the night before, I was not prepared for what I found when I ventured out the apartment for the first time in the day. Chinatown was bright and bustling! Full of people – tourists and locals. It actually felt like I was walking the streets of another country. Our apartment is also just across the road from Columbus Park – a large park that’s ALWAYS packed with locals either working out, playing sports or just chilling – playing chess, singing songs or eating lunch! A lot of the of locals also do Tai Chi there in the morning – it’s got a great community vibe that I haven’t seen anywhere back home. Who needs to travel the world when you have New York!?

I love it! My exploration has been limited, mainly because I only want to explore so far by myself – Mr H has injured his knee and has been almost bed-ridden so far!  Everywhere I go has a different feel and a different look but they’re all great in their own way. Each area has actually kind of lived up to it’s movie stereotype – not sure whether the locals would like to hear that or not! A friend of mine sent us tickets to a show at the Apollo theatre in Harlem last week and told us it was ‘the most Harlem thing they’ve ever been to’. It did not disappoint!

I’m looking forward to seeing more stereotypical neighborhoods and I can’t wait to be able to explore New York at night with Mr H – I want to see the city that never sleeps!

We haven’t been eating out for every meal like most honeymooners but I have been sneaking a little treat in almost every day so far! The food here knocks UK food out of the park! I’m sorry Nandos! But so far, I haven’t gone wrong with anything I’ve bought here! And that never happens to me!  In fact, Mr H always complains that I’m the worst at making food decisions in the UK because I’m almost always disappointed when trying something new. But not here! Everything out here actually tastes good! OK, it might be because I’ve extensively researched every place I buy anything from but I do read reviews in the UK too! I’m putting it down to a lack of Jamie Oliver out here. Don’t get me wrong – I LOVE Jamie, but when I’m eating out, I’m not looking for low fat, low salt, low taste – and America still remembers that! 😛

I miss living in London so much, mainly because I could walk everywhere! Being in New York makes me feel like I’m back. There’s a certain freedom you feel when you don’t have to remember when your parking runs out! Or just to know you can access almost anything you need within a 15 minute walk from where you live. Or even just being able to walk in any direction and know you won’t be disappointed with the sights along the way. I LOVE walking cities!

To top it all off, I feel like an instant pro using the subway for longer journeys because, of course, I’m a London Underground veteran! For newbies however, google maps makes planning your journey easy. You just need to buy a metro card at any station and load it with the correct amount of money needed for your journeys. All journeys costs the same amount per person (no zone 1-2 bullshit like in London!). Also, New York wins bonus points for being able to share one card between however many people you want as long as you have enough money on it!

One thing we have both noticed is that almost everything costs more out here than in the UK! Now, I don’t know if this is some weird Brexit knock on effect, but I don’t remember this from any of my previous USA trips! Whats going on New York!? Obviously we expected to see ‘London prices’ out here compared to say, Atlanta. But Oreos cost $4 in a supermarket here – before tax! How are we only paying £1 a pack in the UK!?

*Excuse me while I set up an Oreo import shop out here*.

View all posts by fulltimehoneymooner

Welcome to my my site!